The former bus depot was demolished in 2018 and since, TCCS have been working on plans for a new and improved depot.

The intent of  the proposal is to accommodate Canberra’s expanding bus fleet and to ease pressure on the Tuggeranong and Belconnen depots which have reached carrying capacity.

The proposed depot will include four buildings with: 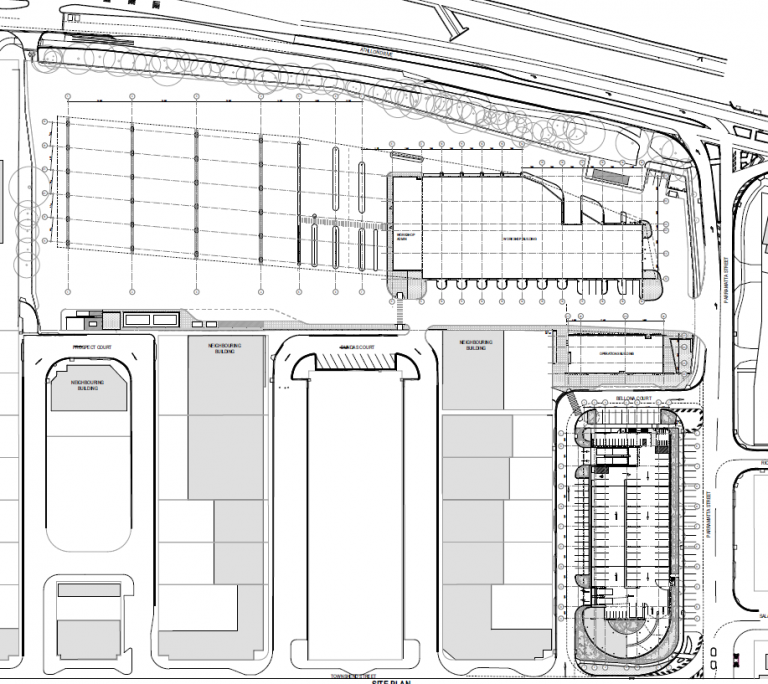 Traffic
Bus movements will occur at irregular hours and are spread across the day to ensure there are no significant impacts on traffic flow in the area.

In addition, traffic assessment demonstrate that any minor increase in vehicle movements can be accommodated within the capacity of the exiting and improve pedestrian and cycle safety.

Lighting
The depot will be illuminated during the night to ensure safety to those working at the depot after usual business hours. However, night time lighting has been designed to minimise spill to adjacent properties.

Employment
Once completed, the depot will become a major employment centre with over 150 staff operating from the site during peak shifts. It is expected that these staff will utilise commercial and retail businesses in the area which will provide benefit to business in Phillip.

Project Timeframe
Purdon Planning is aiming to lodge a DA for this proposal by April 2020. The timeframe for issue of development approval is unknown at this point and will depend on assessment timeframes of the ACT Planning & Land Authority. Howver, Purdon Planning will endeavour to update this webpage with project updates regularly.

Community Consultation
Purdon Planning will be undertaking community consultation on behalf of the Proponent over the next month.
Noting the current social distancing restrictions in place due to COVID-19, consultation will be conducted online or by telephone only. In addition, flyers have been delivered to businesses in the area to notify them of the online consultation process.

Have your say:
Comments can be provided below via the ‘Have Your Say’ form or via: 6257 1511 or purdons@purdon.com.au