Works will be undertaken in separate stages with Stage One including building refurbishment (exempt from DA) and development of a new back of house area requiring DA services area.  A Second Stage (lodged as part of a separate DA) will then involve construction of a building extension at the northern end of the site (fronting Strickland) which will be three storeys. The extension will be comprised of a ground level parking area plus two storeys of consulting rooms above).

As noted above, the ACT is suffering from a lack of mental health beds. The following statistics outline the need for such services:

As a result of these figures, Canberra Hospital’s adult mental health unit was 106% occupied based on 37 funded beds (Canberra Times, 7 January 2017). As a general rule, hospitals shouldn’t operate beyond 85% as beyond this, the level of care administered is reduced and there is greater risk to health and safety.

To compound the issue, there are no adolescent mental health beds in the ACT.

Barwon (Proponent) has prepared a presentation which provides greater detail on project need. A copy of this can be downloaded via this link:

A number of mental health practitioners have also provided support for the proposal. A copy of their support letters can be seen here:

The existing disused office building will be adaptively reused for a mental health ward and will include hospital beds for inpatient treatment. The exterior of the existing building will be subject to minor façade upgrades which may include paint, signage and addition of some landscaping. The back of house area will be constructed with modern building materials and is designed to be harmonious with the proposed Stage Two extension.

The Stage Two extension will include construction of a three-storey building element which will be comprised of ground floor car parking and a two-storey building on top.

The extension will predominately house consulting rooms and offices but will be linked to the existing building. The consulting rooms will allow mental health practitioners to work from the site rather than consulting elsewhere and then travelling to visit patients that have been admitted to the ward. 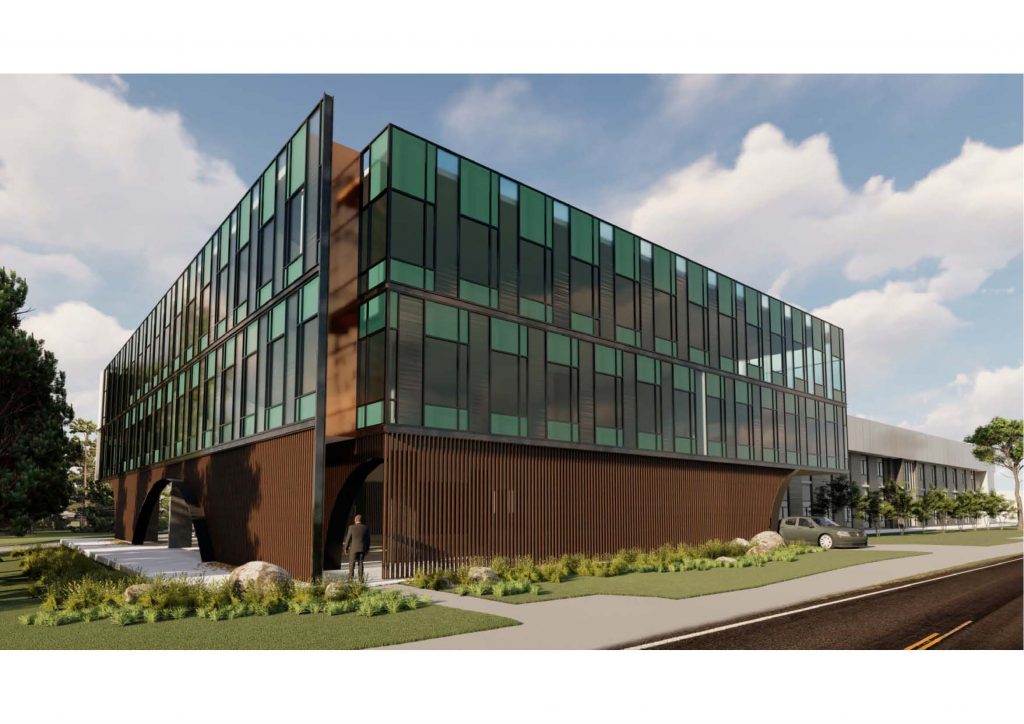 Noting the clear lack of mental health beds in the ACT, the project team is working to lodge the Stage One DA by the end of May 2019 with a view to obtaining development approval by September 2019.

The DA for Stage Two will likely be lodged in June with approval anticipated by October 2019.

Internal refurbishment works are not subject to development approval and will therefore commence on site in the near future. This is to allow mental health facilities to operate from the site as soon as September (when approval for the Stage One services and back of house area is issued).

Construction works related to the building extensions will begin once approval has been granted.

Purdon Planning have delivered flyers to residents and commercial buildings nearest to the site.

If you would like to provide comments or feedback, please use the ‘Have Your Say’ button on this webpage. Alternatively, please contact us on either: